Numbers never tell the whole story, but when it comes to women and money, they can provide some eye-opening insights.

Women face a unique set of financial realities that can have long-term implications for their overall well-being. So let’s take a closer look at some interesting women financial statistics in this guide.

Women have made great strides in achieving financial equality over the past few decades. However, there is still a significant gender gap when it comes to finances.

A lack of financial security can have a serious impact on women’s ability to achieve economic stability. Women who are unable to access credit or savings are more likely to experience homelessness, joblessness, and poverty.

In this post, we’ll tell you all about the ways women spend, earn, and save their money according to statistics. These statistics will help you gain some insight on your journey toward financial literacy. They cover everything about women and their money, including:

This post and the statistics therein will tell you everything you need to know about women and money, including how women tend to spend their money, as well as information about the savings and pay gap between men and women.

Some key statistics include:

56% of college students are women, but they also hold 65% of the national student loan debt

This quote speaks to the fact that, although women make up a majority of college students, they also hold a disproportionate amount of student loan debt. There are a number of factors that may contribute to this imbalance.

For example, women are more likely than men to take on part-time jobs while attending school, and they are also more likely to shoulder the costs of childcare and other family responsibilities.

In addition, women often earn less than their male counterparts after graduation, making it difficult to pay off loans in a timely manner. This quote highlights the need for increased financial support for women during their college years and beyond.

A recent study found that women are more likely than men to pay off their home loans within the first five years.

However, the study also found that women are more likely to be denied a mortgage in the first place. The disparity is due in part to gender discrimination in the lending industry. Women are often seen as less financially responsible than men, and this can make it difficult for them to secure a loan.

In addition, women tend to earn less than men, making it harder for them to save up for a down payment. As a result, women face significant hurdles when trying to buy a home.

While they may be more likely to pay off their loans, they often have to jump through greater hoops to get approved in the first place.

While the poverty rate among women has declined over the past few decades, it still stands at 24 percent.

And while more women are joining the labor force, they’re doing so largely in informal sectors and face greater obstacles to attaining senior positions. Further, women perform nearly two-and-a-half times as much unpaid care and domestic work as men, which limits their opportunities to engage in paid work and accumulate assets.

The World Bank adds that by expanding women’s access to financial services, we can help close gender disparities in account ownership and ultimately empower women to build a better future for themselves and their families.

Boys receive twice as high of an allowance as girls – an early indicator of the gender pay gap?

Financial literacy is critical for everyone, regardless of their gender. Boys receive twice as high of an allowance as girls, which may be an early indicator of the gender pay gap. This financial disparity can have a ripple effect throughout someone’s life, leading to financial insecurity and preventing them from achieving their full potential.

As a result, financial literacy programs help to level the playing field and give women the opportunity to achieve financial success.

While a woman will reach her earning peak at the age of 44, a man won’t reach his until 55

The gender wage gap has severe consequences for women throughout their lives, as they are more likely to be living in poverty than men and have less saved for retirement. This statistic is just one example of how gender inequality manifests in our society. It’s no wonder that many women are opting out of paid work to care for children or family members.

When faced with the choice of earning less money or taking care of loved ones, many women choose the latter. As a result, women lose out on years of potential earnings, which further exacerbates the gender wage gap. It’s time for our society to address this systemic problem so that all women can reach their full potential.

The gender wage gap is a persistent problem in the United States, and it means that women earn less than men for doing the same work. This problem is compounded by the fact that women are often discriminated against in the workplace.

For example, four out of ten women say they have faced gender discrimination at work. This discrimination can take many forms, from being passed over for promotions to being paid less than male counterparts. The gender wage gap and workplace discrimination combine to limit women’s financial freedom and independence.

They also make it difficult for women to build up savings and retirement accounts. As a result, gender inequality in the workplace is a major financial burden for women.

On average, women earn less than men throughout their careers, resulting in a need for alternative sources of income. In addition, Black and Asian women face additional barriers in the workforce, making entrepreneurship an appealing option.

While the gender wage gap continues to be a significant issue, the increased number of women-owned businesses is a sign of progress. With more women in control of their own financial future, we can expect to see continued growth in this area.

Women in the United States have long been an economic powerhouse, but they still face unique challenges when it comes to building wealth. One major obstacle is debt. The average woman carries $85,169 in debt on average while men carry an average of $103,702.

This disparity is even more pronounced when you look at specific types of debt. Women are more likely to have student loan debt and credit card debt, and they often have lower credit scores than men. This can make it difficult for women to qualify for loans and lines of credit, which can hamper their ability to build wealth.

While there are a number of factors that contribute to the gender debt gap, one thing is clear: women need to be extra mindful about managing their debt in order to achieve financial success.

A woman’s mortgage rate is 0.4% higher on average than a man’s

Whatever the reason, the fact remains that women tend to pay slightly higher interest rates on their home loans than men. This disparity can have a significant impact on a woman’s financial stability, and it is something to be aware of when shopping for a mortgage.

Compared to 81% of men, fewer than 70% of all women are saving for retirement

A recent study found that compared to 81% of men, fewer than 70% of all women are saving for retirement. While the gender gap in retirement savings is gradually narrowing, there are still a number of factors that contribute to this discrepancy.

One reason is that women are more likely to take time out of the workforce to care for children or aging parents. This can result in lower lifetime earnings and fewer opportunities to save for retirement.

In addition, women tend to live longer than men, which means they need to have enough savings to cover a longer period of retirement. Finally, many women face additional costs in retirement, such as long-term care expenses. Taken together, these factors underscore the importance of financial planning for all women.

The quote is referring to the fact that women are more likely than men to live paycheck to paycheck, meaning they have less financial cushion in case of an emergency. There are a few reasons for this disparity.

First, women earn less money than men, on average. Second, women are more likely to take time out of the workforce to care for children or aging parents. This can lead to a loss of income and benefits, as well as a decrease in retirement savings.

In what’s referred to as “the pink tax,” women pay 7% more on average for female-marketed goods like tampons, razors, deodorant, shampoo, and more – even items that aren’t just for women. It adds up to $82,000 or more over the course of a woman’s lifetime.

Additionally, the female-specific marketing of these products can lead to higher prices, as companies aim to exploit the fact that women are willing to pay more for products that they feel will benefit their appearance.

While there is no easy solution to this problem, it is important to be aware of the pink tax in order to avoid being overcharged for items that are essential for daily life.

This statistic is likely due to the gender wage gap, which leaves women with less disposable income overall. In addition, women are often the primary caregivers for children and elderly family members, making it difficult for them to commit to full-time work.

As a result, many women are forced to take on part-time or freelance work in order to make ends meet. This often leads to working long hours and taking on multiple jobs, as women strive to provide for their families.

While the gender wage gap is slowly narrowing, it still exists, and it continues to have a profound impact on women’s economic stability.

Women give more to charity on average than men

Whatever the reason, the data shows that women are more likely to give back to their communities through charitable donations. As the world becomes increasingly connected, it is important for everyone to do their part in making it a better place. Women’s philanthropy is one way to help make that happen.

Women tend to spend less on impulse purchases than men

There are a number of reasons why women tend to spend less on impulse purchases than men. For one, women are generally more mindful of their spending and are more likely to stick to a budget.

Additionally, women are often better at planning ahead and considering the long-term implications of a purchase.

Finally, women tend to be more emotional than men when it comes to spending, and are therefore less likely to make an impulse purchase that they later regret. All of these factors contribute to the fact that, on average, women spend less on impulse purchases than men.

Women face unique financial challenges. However, there are many ways to overcome these challenges and achieve financial success.

We hope the statistics and tips in this article have helped you better understand some of the issues women face when it comes to money. Consider our advice as you work to improve your financial situation and secure financial independence – or simply as you seek to gather more information. 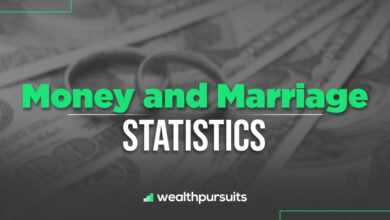 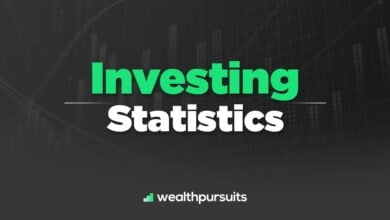 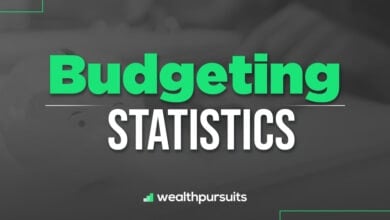 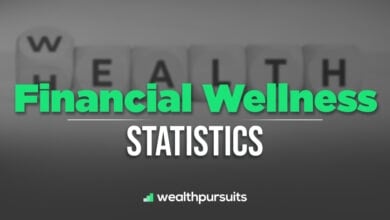 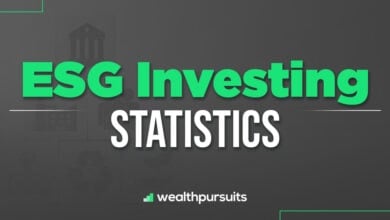 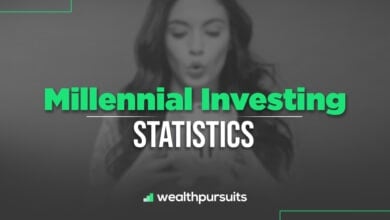