The whole essence of investing in the stock market is to make gains. Unlike traditional investing paths, the average stock market trader’s investment strategy involves getting returns as quickly as possible. However, stock prices tend to go up and down of their own volition.

Despite this uncertainty, certain months give the best stock market returns. Thus, in that category, you will find the best months to buy stocks. In the same vein, some months are bad for the stock market. Some are worse than others. The trick is to make sure that all the stocks you have do not plummet within the period. There is really no definitive way to know the best month to buy stocks. However, betting on precedents, especially those originating from stock market data, is not a bad idea.

This article looks at the best and worst months for the stock market. Learn when to invest and when to hold off so you can be successful.

When Is the Best Time of Day To Buy and Sell Stocks?

Before we get to the best and worst months for the stock market, we will take it one step at a time. Firstly, what are the best times of the day to buy and sell stocks? Very early in the day is a volatile period. This is because it is at that time that the factors from the day before kick in. However, it presents an opportunity for seasoned investors to begin trading and investing. If you have your eyes on any particular stock, the first 15 minutes of the day gives you the room to take particular risks and make huge gains. However, if you are a newbie, you may want to wait for later, seeing as the early hours of the day might be too volatile for you.

The middle of the day is usually relatively calm, and so is an ideal time for trading for novices. This is because there will be no sharp rise in stock price, and hence returns will be more predictable.

Volatility kicks back in during the last hours of the day, just like it usually is in the morning. It is not uncommon to experience sharp reversals just around midnight of any day.

Best Days of the Week to Buy and Sell Stocks

Like the best and worst months for the stock market, there have been speculations concerning the best and worst days of the week to trade. But, curiously, over the course of several years, Monday has been fingered to be both the best day to trade and the worst day also.

People who believe Monday to be the best day to trade call it the Monday effect. The idea here is that prices tend to go up following the beginning of each new week. Hence, those who invest in the stock market on Monday enjoy the highest returns.

Opponents of this theory claim that actually the reverse is the case. They claim that bad news typically follows the weekends and spill over to the new week. Also, there is speculation that the reluctance business owners and companies feel about commencing work on Mondays also affects the stock market. Hence, because investors are generally reluctant to get back to work on Mondays, the stock market reflects it.

However, no evidence supports the notion that Mondays are the best days to make trades. Thus, if you are looking to buy some stocks, picking any day of the week at random might just have the same results as insisting on trading on Monday.

Best and Worst Months for the Stock Markets

As reiterated initially, there is no one way of defining the best and worst months for the stock market. However, judging from data gathered over several years, analysts have come to different conclusions.

Generally, the summer months have the best records of average returns. Thus, data from 2000 to 2020 suggests that April to August provide the best window for the stock market. As a result, April is actually taken to be the best month to buy stocks. Likewise, October and November are also considered great months for trading. This means that you can sell in May and still recoup the profits you would have gained ordinarily.

On the other hand, September is the worst month to invest in the stock market. It has the worst average returns, with the value of stocks taking a nose-dive that period.

What is the January Effect?

The January effect is a little like the Monday effect, the difference being that the former concerns months and not days. The theory holds that every December, the stock market slumps, only to pick up in January. Hence, it often makes sense to buy small caps in December in anticipation of the rise that will then happen in January. Furthermore, a lot of people sell off their stocks towards the end of the year. Typically, these investors sell off their depreciated shares to regain capital losses on tax returns.

Another term with a close resemblance to this is the October effect. The October effect states that the prices of stocks drop in the month of October for some inexplicable reason. The average loss in such a situation could get as high as several hundred dollars. There is no explanation for why the slump is not experienced in other months.

In any case, there is no backing for the January or October effects. The discussion here is for informational purposes.

Why Do Stock Prices Fluctuate?

You may be wondering why the prices of stocks fluctuate from one month to the other. Of course, if you run a business, you would expect that there be a certain level of predictability so that you would be able to calculate profits, interest rates and even anticipate negative returns. However, the stock market does not behave that way. This is because of a phenomenon known as market volatility.

Market volatility refers to the unpredictable changes that happen to stock price over a period. Prices tend to either drop or rise of their own wills. There have been recorded drops that shook the entire world, defying analysis and costing investors a lot of money.

On the other hand, there have also been positive gains that made billionaires out of investors.

Market volatility makes it difficult to predict at what point the market will take a dip. However, analysts can hazard a guess, basing their analysis on data from periods when the stock market has been positive historically. This is the basis of the best months and worst months conclusion. Here are the factors that have affected stock market returns in the past.

Historically, this is the commonest factor that affects the prices of stocks. When there is an economic downturn in any country, the stock market takes a hit. Hence, the best months have often been the times when there was relative stability in any country’s economy.

World commerce is interconnected. Hence, economic volatility in one country can affect another country. This is especially the case if the countries are close to each other or have trade agreements. For example, people have reported that the worst month to buy stock has often been immediately following an economic crisis in a neighboring country.

Political decisions can also affect the stock market. Decisions about economic policies such as tariff rates, taxes, etc., all affect market volatility. Even something as seemingly harmless as a speech could throw the stock market into its worst months.

Conclusion: Best and Worst Months for the Stock Market

If you have read up till this point, you surely have become the wiser about certain months that you could term the best month for buying and selling stocks for positive returns. From available data, you make the most gains when you sell in April. Thus, you may want to keep your eyes peeled for that time. In the same vein, records have shown that the worst month to buy and sell stocks is September.

However, it is essential to bear in mind that even Google analytics sometimes fail. Hence, even with the data available, predictions may not come true. Thus, you may want to buy stock or sell in other months apart from the months mentioned above. Your intuition and understanding of the current happenings of the stock market trump any projection of the best and worst months to buy and sell stocks in the market. 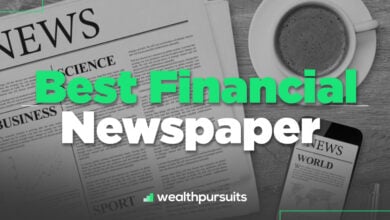 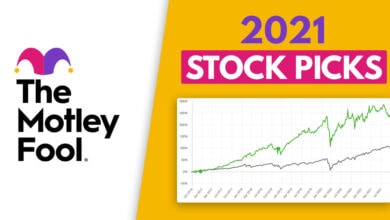 How Many Stocks Should I Own? 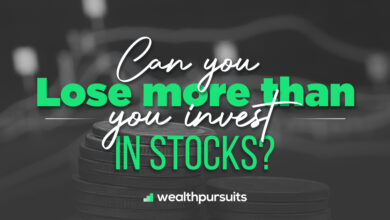 Can You Lose More Than You Invest in Stocks? How To Pick Dividend Stocks – A Complete Guide