While stock market crashes can be damaging to your portfolio in the short-term, they offer once-in-a-decade buying opportunities for investors who are prepared. In this guide, we’ll explain how you can choose what stocks to buy when the market crashes.

What is a Stock Market Crash?

A stock market crash occurs when the price of the stocks across the market fall by double-digit percentages in the span of just a few days.

A crash is one type of stock market correction, which is when stocks retreat 10-20% from recent highs. However, the term “correction” implies that stocks bounce back after the drop. In a crash, the market could bounce back quickly or it could be the start of a longer bear market.

Stock market crashes have occurred roughly once a decade over the past 40 years.

In 1987, the Black Monday crash saw the Dow Jones lose 23% of its value in a single day of trading. Although the market rallied in the days after the crash, it took two years for the Dow Jones to fully recover.

Another major crash occurred in October 2008 at the start of the Great Recession. When Congress rejected a plan to bail out banks, the Dow Jones index fell 7%. Less than a week later, it fell another 8%. The market’s decline lasted until March 2009, and the Dow Jones didn’t recoup its losses until 2011.

More recently, a stock market crash occurred in response to the COVID-19 pandemic in February 2020. As the virus spread around the US and states announced lockdowns, the Dow Jones fell 26% in four trading days. The recovery after this crash was much quicker, with the index recovering from its losses by the end of the year.

Preparing for a Stock Market Crash

Stock market crashes are a natural part of the market cycle. They’ve happened routinely in the past and are likely to happen again. So, it’s critical that you take steps to prepare yourself when a crash happens.

To start, create a plan for how you will respond. Do you sell stocks from your portfolio or do you hold through the crash on the assumption they will eventually recover? If you do plan to sell, know which stocks you want sell and at what price levels.

Another thing to keep in mind is that having cash on hand can be a huge asset during a stock market crash. Not only is this money that is safe from the effects of the crash, but it’s also money that you can use to buy stocks during the crash without selling off assets already in your portfolio.

How to Choose Stocks During a Market Crash

While a crash can wreck your portfolio, it’s also a significant opportunity to buy stocks at a discount. So how do you decide which stocks to invest in? Let’s take a look at some factors to consider.

Focus on the Nature of the Crash

Not every market crash is the same. Some, like the 2008 crash, are market-wide. Other crashes hit specific market sectors harder than others. For example, during the 2020 crash, “lockdown” stocks rose while the rest of the market tumbled. In the next crash, it could be the high-flying tech sector leading the fall.

Recognizing how different sectors are responding to the market’s movements can help guide your investments. The hardest-hit sectors might be the most discounted relative to pre-crash prices, but they’re also likely to be the slowest to recover.

It’s important to think about value when considering stock prices during a crash – not just how much a stock’s price has fallen by. That’s because a crash can happen when a bubble bursts and stocks drop to more realistic valuations. In that case, a stock might look discounted, but it could still be overvalued based on fundamentals.

So, you need to carefully consider whether stocks are undervalued as a result of a crash before diving in.

A market crash is a good time to re-evaluate what companies are built to last. In many cases, a crash places extra burden on companies that have a lot of debt or that are already losing market share to competitors. So, these companies may be less able to weather the storm or to recover once the crash is over.

“Future-proof” stocks, on the other hand, are reliable companies that will continue humming along as soon as the crash ends. These are stocks that could be undervalued and overlooked during the crash, and which can deliver strong returns in better times.

The US economy as a whole can be the cause of a market crash, but it doesn’t have to be. In cases where bad economic news is driving the crash, it’s important to think about what the future will look like. For example, if unemployment rises, luxury and travel spending is likely to drop while consumer staples and budget-friendly brands remain stable.

Be sure to think about the economic factors at play in a crash and how a changing economic outlook will impact companies differently.

Look for Stocks You Like That are “On Sale”

A crash can also be an opportunity to invest in companies you like when they’re at a discount. For example, if you have been wanting to invest in Apple shares but have been waiting for a pullback, a crash could provide an attractive entry price.

Of course, it’s important to consider whether a stock you liked before the crash is still attractive in the midst of a crash.

Tips for Buying Stocks During a Crash

Now that you know how to choose stocks during a market crash, there are several additional things to think about when investing.

Consider Where We Are in the Crash

First, think about where the market is in the crash and where it could go next. That is, if the market has crashed 10% already, could it drop another 10%? Or has it formed a bottom and is showing signs of recovery?

In general, it’s better to invest a day late than a day early when it comes to investing during market crashes. Many investors have been burned by trying to catch a falling knife, but if you believe a recovery will happen then there’s little harm in buying once the rebound has begun.

Another way to manage your risk when investing during a crash is to ease into positions. By that, we mean buying into a stock a little at a time instead of all at once so that you average out your cost basis over the course of the crash. For example, if you want to buy $5,000 of Apple stock during the crash, you might invest $1,000 every time the market drops 5% or once a month for five months.

You should also consider how much downside risk you’re willing to take on. If you buy with the intention of holding no matter what, you are very exposed to losses if the market continues to drop. On the other hand, if you buy and place stop losses, you run the risk that your position could be sold right before the market starts to recover.

Neither strategy is right. Rather, it comes down to how much risk you’re willing to accept when investing during a crash.

Diversify or Invest in Funds

To minimize this risk, you can spread your investments over a range of stocks from multiple market sectors. Alternatively, consider investing in funds that give you exposure to all of the stocks in a major index like the S&P 500.

Conclusion: Investing in Stocks During a Crash

Market crashes can be difficult to weather, but they also provide tremendous opportunities for investors who are prepared. When investing during a crash, be sure to think carefully about what stocks are affected, what’s driving the crash, and what companies are likely to come out stronger on the other side.

In addition, you’ll need to pay attention to your own risk tolerance and use strategies that help reduce your potential downside during the crash. 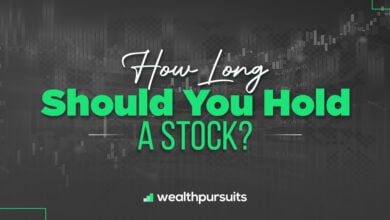 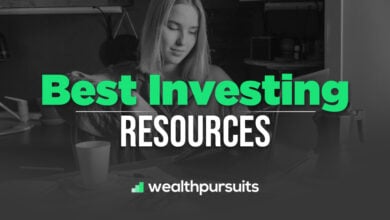 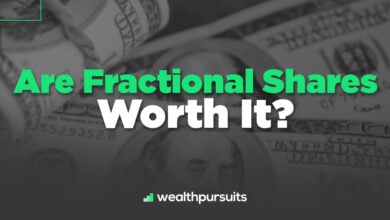 Are Fractional Shares Worth It? 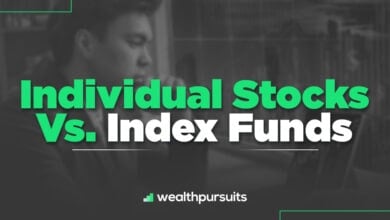 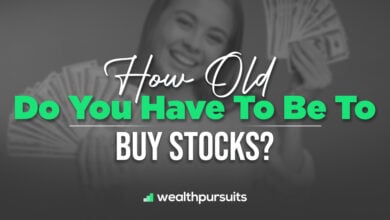 How Old Do You Have To Be To Buy Stocks? – Start Investing Early 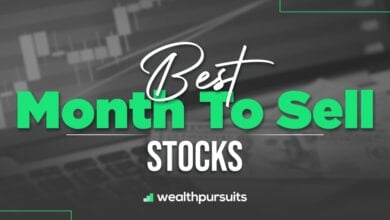