Musician Jay-Z is one of the richest people in the US, presiding over a business empire worth more than $1 billion. Jay-Z’s story is one of rags to riches, and investing has played a huge role in his financial success. So much, in fact, that investment advice is woven into many of Jay-Z’s lyrics.

In this guide, we’ll take a look at 10 pieces of Jay-Z investment advice that you can apply to your life to further your own finances and investments. So, let’s dive in and see what Jay-Z suggests for success!

Shawn “Jay-Z” Carter grew up in a poor neighborhood in Brooklyn, and even as a talented hip-hop artist his rise to billionaire status was far from assured. His financial success began shortly after he founded his own record label, Roc-A-Fella Records, in 1995 to produce his hip-hop albums. Owning his own label enabled Jay-Z to keep much of the profits from his own music, which has been incredibly successful on the world stage.

Over the last 25 years, Jay-Z has diversified into a number of different businesses. He founded a clothing line called Rocawear in 1999, a luxury sports bar chain called 40/40 Club in 2003, a media company called Roc Nation in 2008, and a line of cannabis products in 2020. Jay-Z was also a part-owner of the New Jersey (now Brooklyn) Nets basketball team from 2003-2013. In 2019, Jay-Z became the first hip-hop artist to be worth more than $1 billion.

Becoming the next Warren Buffet isn’t easy work. But, if you’re goal is to become a powerful investor, the advice of those who have already found success can be highly beneficial. Jay-Z has offered informal investment advice both through interviews and through his own music. He emphasizes the personal nature of investing, which relies on hard work and a willingness to seize opportunities. So, what investment suggestions does Jay-Z have to offer? Let’s take a look at his top ten pieces of advice.

In one of Jay-Z’s most famous rap lines, he says that “I’m not a businessman, I’m a business, man.” This reflects the idea that for all of his investments in different companies, the main thing that Jay-Z is investing in is himself. That enables him to not only retain ownership over his work, but also to grow over time with his investments.

For the average investor, the same principle can apply. Invest in yourself by growing your education, taking a chance on a business or side-hustle, or simply by creating the space for you to pursue what you love.

Being patient is one of the toughest aspects of investing, particularly in a time when short-term profits are in the headlines so frequently. But patience is critical to seeing your investments reach their full potential.

As Jay-Z puts it, “only two things can get you through this, that’s patience and persistence.”

3. Stay Focused on Your Goals

One of key things that has enabled Jay-Z’s success is that he’s stayed laser-focused on his goals over the course of his career. “You can want success all you want, but to get it, you can’t falter,” he raps. “You can’t slip, you can’t sleep. One eye open, for real, and forever.”

In other words, the reason you’re investing should be the north star that guides all your decisions. Figure out what you’re investing for, and then ask yourself for every investment choice you make how it will bring you closer to your goals.

Jay-Z also emphasizes the importance of personal finance as a pillar of investing. After all, you need to make sure you’re managing your money so that you have enough to invest.

One of Jay-Z’s mantras is that “I won’t buy it until I can buy it twice.” In other words, it’s essential to be careful with your spending, make a budget, and prioritize what’s most important to you.

5. Learn from Your Mistakes

For all of Jay-Z’s business successes, he has had some failures. For example, he bought an ownership stake in the Nets basketball team for $1 million in 2003, then sold it for half that amount 10 years later.

According to Jay-Z, though, failure can be a good thing. “You learn more in failure than you ever do in success,” he says. For the average investor, this means that it’s critical to take stock of your mistakes and critically evaluate what you can do differently next time.

6. Support the People Around You

Jay-Z also encourages investors who are successful to share that success. “What’s better than one billionaire?” he asks. “Two.”

Being willing to support those around you can open up new opportunities or avenues for collaboration. It can also expose you to new ideas that help everyone in your orbit prosper.

7. Invest in What You Know

Many of Jay-Z’s businesses center around things that he personally enjoys. For example, he’s interested in clothing and entertainment, and has invested in those areas. Jay-Z once said about his companies that, “they’re close to me. It’s not like running GM, where there’s no emotional attachment.”

While you might not be starting companies from scratch, you can still invest in things you know and love. For example, you can invest in private companies whose products you personally use and that haven’t yet been discovered by Wall Street.

Jay-Z raps that “whenever inspiration won’t find you, you have to find it.” This is a lesson that every investor can take to heart, especially when a lull in the market or a streak of bad luck gets you down. When things aren’t going your way, it’s up to you to make your own breaks. Try picking up a new investment book, testing out a new strategy, or anything else that can reinvigorate your investing.

9. Investing is a Journey

Investing isn’t something you learn to do once and then repeat over and over again. Rather, it’s a continuous journey in which you need to learn, adapt, and grow to keep making progress.

Jay-Z puts this advice elegantly in his music: “I’m hungry for knowledge. The whole thing is to learn every day, to get brighter and brighter. That’s what this world is about.”

Throughout Jay-Z’s business career, he’s emphasized the importance of ownership. He founded his own record label early on to keep the rights to his music, and made sure to keep ownership over the many brands he created as his music career took off. He also points out the importance of ownership in a rap: “Please don’t die over the neighborhood that your mama rentin’, take your drug money and buy the neighborhood.”

The lesson for investors, of course, is that ownership is key. Whether that means buying your own home, owning stock shares, or establishing your own business, having ownership over what you put effort into is critical to building to wealth over time.

Rapper and businessman Jay-Z is one of the most financially successful musicians of all time. He’s built a series of businesses worth more than $1 billion by investing in himself, staying focused on his goals, and creating his own opportunities. With these 10 pieces of investment advice from Jay-Z, you can incorporate some of the same strategies for building wealth into your own investing approach. 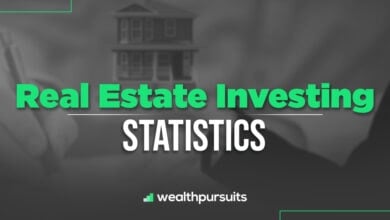 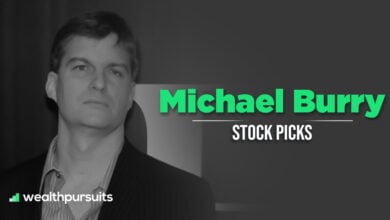