Chamath Palihapitiya is best-known as the “king of SPACs” for his championing of special-purpose acquisition companies during the 2020-2021 market boom. But he’s also an experienced venture capitalist and fund manager who’s been very willing to share his experience with everyday investors. Over the past several years, Palihapitiya has been outspoken about his thoughts on inflation, the venture capital market, and tips for investors.

In this article, we’ll explore 7 pieces of investment advice from Chamath Palihapitiya.

Chamath Palihapitiya was born in Sri Lanka before moving to Canada and then the US. His career started at AOL in the early 2000s before he moved to Facebook – then a young start-up – in 2007.

Palihapitiya left Facebook in 2011 to start his own venture capital fund The Social+Capital Partnership (renamed Social Capital in 2015). Some of the firm’s investments included Slack, Box, and Yammer, and the firm has more than $1 billion in assets at its peak. Social Capital transitioned to a family office run by Palihapitiya in 2019.

Palihapitiya has shared his thoughts on the market through his own Twitter account and YouTube channel, as well as through interviews that he gives readily to financial outlets. Here are some of Palihapitiya’s key tips for investors.

A lot of Chamath Palihapitiya’s advice for investors revolves around how to bend behavioral psychology to your advantage. He encourages investors to maximize their chances of success in the market by creating advantages for themselves whenever possible. “What rules can you live by that will prevent you from doing something stupid, especially when everyone is losing their mind?” asks Palihapitiya.

In practice, rules can be as simple as avoiding companies with a lofty price-to-earnings ratio or as complex as defining the specific market conditions under which you will invest. Your personal rules should go hand in hand with a well-defined trading strategy.

Palihapitiya has made a career of finding undervalued companies and startups that fly below the radar. But he’s quick to point out that industry-leading companies are industry leaders for a reason, and often make excellent investments.

“You can spend weeks scouring over every financial statement and drawing up theories on why you believe a company will outperform the top company in the industry,” he says. “Wouldn’t it be simpler and less stressful, and probably financially more rewarding, to just pick the top company?”

3. Look to the Long Term

Palihapitiya encourages investors to take a long-term view as opposed to focusing on short-term trades. “Whether it’s been my job, my life or my investing, I’ve learned that long-termism is an important key to success,” he says.

As for his own investing style, he notes that he aims “to buy companies that I think can potentially 10x in 10 years.” That means thinking about how a company will grow over the span of a decade rather than a few months or even the next year.

Long-term investing naturally involves research, and Palihapitiya emphasizes how important it is for investors to understand the companies they’re investing in. He says investors should look at companies’ annual earnings reports rather than quarterly reports. “If I become too short-term focused, I am my worst enemy and will overthink, overreact and underperform my potential.”

Once you’ve done the research and made the decision to invest in a company, it’s important to be patient and wait for the company to reach the potential you saw in it.

Palihapitiya notes that investors are prone to a behavior known as repetitive compulsion. Once investors become comfortable with a pattern of how to analyze a company or with certain assumptions, they become prone to repeating those loops without thinking critically about them. This can lead to blind spots that can come back to bite you.

It helps to be aware of your blind spots, but it’s even more helpful to have people you trust to help you overcome them. “It really takes somebody who can dispassionately, but empathetically, point at those things and say, ‘Hey, why are you doing that?’” says Palihapitiya.

6. Be Wary of Options

Palihapitiya warns investors to be extremely careful with options and other derivatives. “Options seem fun but they are like allowing a toddler to play with a loaded gun. You can have a few close calls but it eventually catches up with you.”

Palihapitiya himself primarily invests in stocks. For investors with a long-term focus, stocks offer controlled risk and plenty of exposure to upside gains.

7. Be Fearful When Others are Greedy

Palihapitiya’s approach to the market during periods of high inflation echoes Warren Buffett’s advice to “be fearful when others are greedy.” While this isn’t always Palihapitiya’s stance, he’s very wary that the market will remain in turmoil as long as inflation remains high. So, he says that “when the VIX is in the teens” – that is, when the market is going up with low volatility – he sells.

Chamath Palihapitiya made his career as a venture capitalist, then transitioned to taking on a role as the “king of SPACSs.” While Palihapitiya may seem like he’s often riding short-term waves in the market, he advises investors to take a long-term view with their investments. He also focuses on turning behavioral psychology to your advantage to give yourself the best possible chance of success in the market. 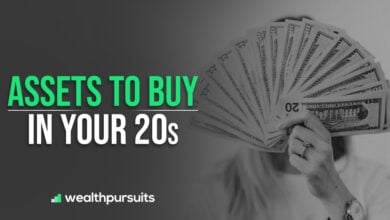 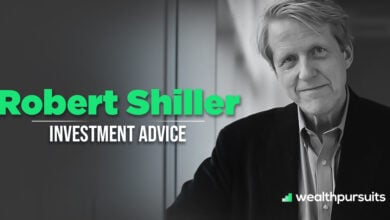 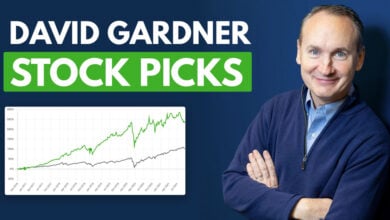 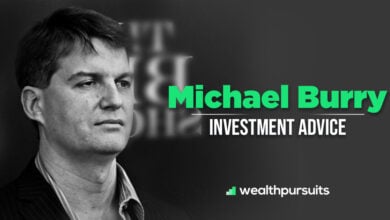 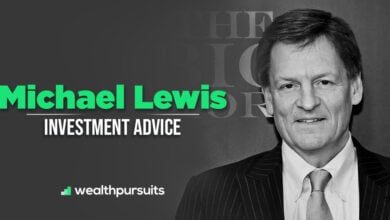