While it seems that new MLM businesses pop up almost every day, Amway is one that has been around for generations.  Amway sells a very diverse product line that includes items from health and beauty to household cleaners. Amway is currently the largest MLM business in the world; however, like many other MLMs, they have seen their fair share of scandals and investigations.

Amway was founded in 1959 by Jay Van Andel and Rich Devos who began selling a cleaning product in Michigan.  This first product was originally called Frisk, although today it is known as L.O.C. or Liquid Organic Cleaner.  This was one of the first environmentally friendly cleaning products on the market.

The two founders got their start selling Nutrilite products a couple of years prior to the founding of Amway, and this is how they began to build their distributor network.  By 1958, they had more than 5,000 distributors in their network. At the time, they were concerned about the future of the Nutrilite company, so they began looking for other products to sell.  Hence, Amway was started.

In the 1970’s Amway began expanding on an international level.  Amway is now present in numerous parts of the world including Australia, Europe, Africa, Japan, China, and many others.  In 2018, Amway was ranked by Forbes magazine as the 42nd largest privately held company in the United States.  It is also considered the largest direct selling organization in the world.  Amway currently has annual revenues of approximately $8.8 billion.

Like most all MLMs, Amway has repeatedly been accused of being a pyramid scheme and not a legitimate business opportunity.  In the late 1970’s, the Federal Trade Commission launched an investigation into the company’s operating practices. The FTC issues a ruling in 1979 that Amway did not fit the definition of a pyramid scheme; however, they did find that Amway had made exaggerated income claims to potential distributors.

The FTC ordered Amway to begin including the actual earnings of its distributors in any communications or advertisements about distribution.  At the time, this included the fact that less than half of distributors made any money selling their products, and the average distributor made less than $100 per month.

In addition to the FTC investigation, Amway has also been the target of several lawsuits in the United States and other countries.  Most of the claims in these lawsuits revolved again around the pyramid scheme accusations. Amway settled a class action lawsuit in the U.S. in 2010 for $56 million, although it was noted that they did not admit any guilt as part of the settlement.

Even with the lawsuits and investigations throughout its long history, Amway is the largest MLM business in the world today.  Amway currently has annual revenues of $8.8 billion and utilizes a distributor network of over one million people. The company does not publish specific data on the number of distributors in its network, and some estimates say it could be as high as 3 – 4 million.

In addition to its expansive distributor network, Amway also employs over 16,000 people in 100+ locations around the world.  These employees perform a variety of tasks from farming to finance and technology. To this day, the company is still family owned.

Amway carries an extensive product line, and the company sells many types of items from nutrition supplements to cleaning supplies.  Scanning through the company’s U.S. website reveals that there are approximately 600 different items available for purchase. Their line of eco-friendly cleaners is one of their most popular offerings.

Their lineup of household cleaners consistently gets good reviews at major retailers like Amazon.  Nearly every product in the lineup from laundry detergent to concentrated cleaner has received over 4 stars from customer reviews.  This says a lot about the quality of products sold by Amway.

As with many MLMs, Amway has had its fair share of accusations around deceptive marketing practices over the years.  In a ruling by the FTC, it was found that Amway did in fact participate in some deceptive marketing tactics by not revealing the amount of money actually made by its distributors.

Today the company’s products are available through many retail channels, and there is a great deal of material available to potential distributors about the cost and work associated with selling Amway.  Anyone who does their research should not be tricked into believing this is a “get rich quick” scheme.

With so many Amway distributors out there today, is it still possible to make money selling their products?  The short answer is yes, but not much. Active Amway distributors make an average of about $115 per month.  Sadly, many end up losing money in the program.  This fact is not specific to Amway though. It is a common theme through the MLM world.

Making decent money solely from being an Amway distributor is extremely rare.  Only a quarter of 1% of the company’s distributors make more than $40,000 per year.  This shows that the payoff is generally not worth the work effort in this business.

Enrollment as a distributor, or Independent Business Owner (IBO), as the company calls them is quite easy.  Simply navigate to the website and signup through an online form. The registration fee is less than $100 per year ($62 to be exact), and it is fully refundable within 90 days if you decide the business isn’t for you.

Once enrolled as an IBO, you earn a commission on every product you sell.  The company actually stresses the fact that you never earn money from sponsoring other IBO’s.  However, you can sign up new IBOs and build your sales team. You can work together with your team to hit sales goals and earn bonuses.  If the team misses the goal, no one on the team gets the bonus. Hit the goal, and the team shares the bonus payout. The more your team sells, the larger the bonus percentage becomes thereby resulting in a larger paycheck.

The current compensation structure is setup specifically to avoid the pyramid scheme stigma.  The company intentionally wants at least 80% of an IBO’s time to be spent on marketing and selling actual products, not trying to sign up a downline.

Marketing and selling Amway’s products is not much different from selling any similar products.  Having a large network of connections is probably the easiest way to begin selling the products. Building a large following on social media and showing those connections the value of the products that you sell is a great way to get people to buy.

The audience or following is almost a necessity today since the products are available through so many different channels.  People can buy these products at many retailers, so you need to give them a reason to buy from you. Provide them with some value that they can’t get otherwise such as recipes for the nutrition supplements or cleaning tips to go along with the cleaning products.

Comparison to Other MLMs

Amway’s earning potential is very similar to that of other MLMs.  The average distributor income is very low, but there is the potential to make decent money as part of the business.  Amway’s extensive and diverse product line gives you more opportunities to sell since there are so many different products to choose from.  However, it can be difficult to build a following if you are not focused on one specific niche, such as health and beauty or nutrition.

Amway is one of the few MLMs that offers a refund policy to new distributors, so that is one plus to signing up with the company.  You can get a refund of your signup fee if you decide that Amway is not the right place for you. You can also be sure that Amway is likely to be around for years to come since it is already one of the oldest MLM businesses in the world.

Amway is the largest and one of the oldest MLM business in the world today.  Their diverse and numerous product line offers something for everyone. Income expectations should be tempered though as very few of their IBOs are making a decent income.  However, you can get your signup fee refunded within 90 days if you change your mind. Amway is absolutely a legitimate company with an opportunity for making money. Just be aware that it will take hard work and is not likely to be a full-time income. 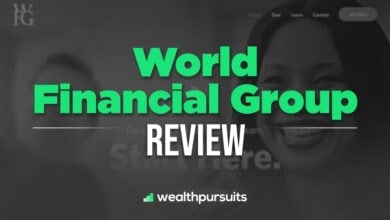 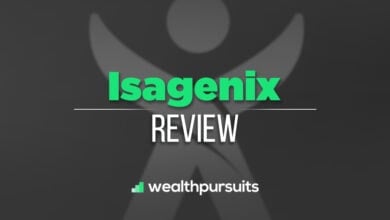