Has one of your friends started pushing beauty products on Facebook?  Were you invited to a casual party and then shown a bunch of candles that the host hoped you would buy?

Scenes like this are frequently becoming more and more commonplace as thousands of people who are looking to start a side hustle are signing themselves up to become sales representatives for something called an MLM distributor.

MLM stands for multi-level marketing and it is a form of network marketing that allows people to make commissions from selling products.

The idea is simple: share products with friends and family, get them to buy the items, and then the MLM company will pay you a cut.  Easy as that, right?

You might be thinking: Wait! I’ve heard about businesses like this before.  Aren’t they all a scam?

The reality is that it depends on who you ask.  For many people, including the companies who run them, the lines between what’s legitimate and what’s not can be a bit blurred. There are tons of multi-level marketing companies out there, such as OPTAVIA, Young Living, and Mary Kay, and the list goes on and on. With such a vast amount of MLM companies, how do you know which ones are legit and which are pyramid schemes?

In this post, we’ll explore the differences between MLM companies and pyramid schemes, and show you how you can safely spot one from the other.

What Is An MLM?

Multi-level marketing or MLM is a type of business where the company (or distributor) will use independent representatives to sell their products direct to consumers.  Each sale will result in the representative being paid a commission.  Therefore, the more sales they make, the more money they’ll earn.

For example, if you work with an MLM company that sells makeup products, you may get a 10% commission any time you sell one of the company’s products. If you make a $100 sale, you get to keep $10.

It’s very common for people, particularly young women such as stay-at-home moms, to get involved with MLMs.  According to a study by the AARP: Roughly 1 in 13 Americans have participated in an MLM organization at some point during their lifetimes.

One of the most questionable elements of MLMs is the practice of recruiting.

This is why people who are involved in multi-level marketing schemes like to recruit new members. As an MLM distributor, you can make money from:

Some MLMs with sketchy recruiting practices have even been accused of creating high-pressure situations to recruit new representatives.  The existing representatives will often try to persuade potential new recruits not to “miss out on an opportunity of a lifetime” and will paint a picture of how easy it is for them to make a ton of money.  However, their motivation is not for the well-being of the new recruit; they simply just want to increase their earning potential by bringing in as many recruits as possible.

Now that we know how MLM businesses work, let’s take a look at pyramid schemes.

What Is A Pyramid Scheme?

On the surface, a pyramid scheme has a lot of similarities to an MLM.  They both have hierarchal structures that look like a (you guessed it) pyramid.

Pyramid schemes are not legitimate businesses. Even if there is a business component, it’s secondary to the scheme itself.

Pyramid schemes have different tiers, and the people at the top benefit the most.

Let’s look at a hypothetical example.

John recruits you for his cleverly disguised pyramid scheme. You agree to pay him $100 for the privilege of being recruited. As a recruit, you are able to recruit more people. Every person you recruit pays you $100, of which you get to keep $95 and John gets to keep $5. If you recruit 10 people, here’s how it looks:

While the numbers may look good at first glance, there are two main issues:

So, how does this all relate to MLMs? Let’s take a closer look.

Are MLM’s And Pyramid Schemes The Same Thing?

MLM’s and pyramid schemes are similar, but there is one key difference:

In most instances, the line will be in how they handle their recruitment process.  At their extremes, a lawful MLM will focus on promoting quality products and only use recruitment incentives to supplement your commissions.  On the other hand, a pyramid scheme will generally offer low-quality products (or sometimes no product at all), try to get your money up-front, and then encourage you to make your money back by recruiting other people (so that you can take their money instead).

If that sounds a little confusing, then you’re not alone.  There is a lot of grey area in-between these two extremes, and as a result, many MLM companies have been publicly accused of illegal practices.

Perhaps one of the most recent and notable companies to be accused of being a pyramid scheme was the supplement business Herbalife back in 2011.  When the FTC got involved, they found that many of the representatives were only making a startling $5 per month.  In 2016, the company settled the case for $200 million.

The difference between pyramid schemes and MLM companies often comes down to the underlying business. Let’s take a closer look.

When done responsibly, an MLM venture should be just like any other sales business. The representatives do all the legwork of directly selling the products, and then earn commissions for their sales.  In truth, that’s really no different than the arrangement of millions of people who work in sales earning commissions as a full-time career.

While a pyramid structure may be a red flag, many completely legitimate businesses operate with similar structures. For example, by the time you purchase a product in a store, multiple parties have made a profit off of it. The manufacturer sells it to a wholesaler who sells it to a store that sells it to you. That’s how business works.

The problem with MLM’s is that they tend to operate under shady principles.

The reality, unfortunately, is that the grand majority of people who participate in MLMs never end up making any money at all.  According to the FTC (Federal Trade Commission), a sobering 99% of those people who get recruited end up losing money.

Here are some litmus tests you can use to differentiate between a legitimate business opportunity and a fraudulent scheme.

Does The Business Make More Money From Selling Products or From Recruiting?

We mentioned earlier that MLM participants can make money in two ways:

The former is a legitimate business practice, while the latter can be a sign of an MLM scheme or a pyramid scheme.

If people are only buying the product to join the MLM, it is probably not a legitimate MLM company (and could be an illegal pyramid scheme).

Are the Recruitment Methods Ethical?

Legitimate businesses use legitimate practices to recruit. While they may pitch some of the perks of the business, they will keep their claims grounded in reality.

For example, when you sign up for a business school, a legitimate school will not lure you by pitching pipedreams of becoming a millionaire.

When you get a new job, the recruiter is unlikely to make false claims about how you can “make bank” and retire early.

Many MLM recruiters make bold claims and try to trigger an emotional response. The pitches can be convincing. They will explain how you can make thousands of dollars per month by simply recruiting a few new participants.

If it seems too good to be true, it likely is.

How To Spot A Pyramid Scheme

Is someone trying to get you involved with an MLM?  Here are several tall tale signs that it might actually be a pyramid scheme in disguise:

If the answer to any of these questions is even a hint of “yes”, then beware.  You might be being preyed upon by a pyramid scheme.

Before signing up with any MLM, always investigate them first with the Better Business Bureau. You may also check to see if they have any outstanding cases with the Federal Trade Commission.  Check around for reviews of the products that the company offers.  If they’ve got generally poor ratings, then that should be a red flag.

Also, never let them convince you that you are “missing out” on an opportunity.  When someone is doing this, they need you more than you need them. Monat Review – Should You Promote These Products? 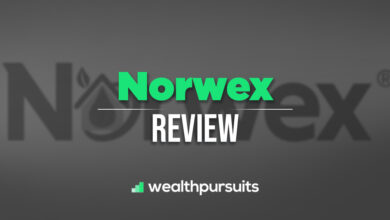 Young Living Review – The Ins And Outs Of This MLM Company