Stocks, bonds, trading, Wall Street – what’s not to love? Add in some awesome actors and plot lines and you’ve got yourself a great stock market movie! Ok, so these movies might not be the best pick for date night (although some do have the all-star cast and deep, nail-biting plot you need for an enjoyable Saturday watch party).

However, if you want to learn more about the fascinating world of Wall Street and everything that goes into the financial and stock markets, then you’ll want to settle in for a viewing. These movies will not only teach you about some of the inner workings of the market but also the history of it, helping you to learn about money in a fun, accessible way.

Here’s a list of 22 of the best stock market movies – there’s truly something for everyone!

Why You Need to Watch These Stock Market Movies

This list of the 22 best stock market movies barely skims the surface of all the wonderful cinematic options out there. There’s no doubt that the financial world in all of its incarnations and tones makes for great movies!

From comedy to tragedy, catastrophe to redemption, all of these themes and genres are present in finance – and Hollywood has really locked onto that. Most of these movies portray financial professionals in a not-so-favorable light, but the unbelievable stories are sure to keep you entertained.

Not only that, but if you want to stay knowledgeable about the world of finance and stocks, there’s no better way to do it than to keep up on the latest trends along with past history. Most of us are far too busy to sit down and read a book on finance, but movies about finance are not only quick and easy to digest – but fun to watch, too.

Whether you are a finance professional or just a casual investor, these 22 movies are some of the most entertaining and educational out there.

Without a doubt, the number one movie that every aspiring finance professional should watch is Wall Street. It came out in 1987 and is an Oliver Stone classic that got thousands of college students considering careers in finance.

Starring Charlie Sheen and Michael Douglas, it covers the hedonism and excess associated with finance and is still used as a recruiting tool for analysts, brokers, traders, and bankers more than three decades after it was released.

Trading Places is a charming modern-day take on the story The Prince and the Pauper. It follows Eddie Murphy playing a streetwise con artist who is tricked into becoming a manager of a commodities firm. He stars along with Dan Aykroyd and while the movie is less about trading than it is about comedy, it still has some accurate depictions of trading sessions.

Boiler Room is a movie that’s set in the absolute pits of finance – the pump and dump scheme. Though a work of fiction, the Boiler Room movie hits close to home as it covers the pain and suffering that these schemes inflict upon their victims.

The tagline of this 2009 stock market movie is, “If you want a friend, get a dog. You don’t have friends in the pit.”

It sounds crass, but this stock market movie hits close to home with how things really are on the trading floor. It’s set in Chicago’s trading exchanges and covers the ins and outs of this brutal, no holds barred industry.

Wall Street: Money Never Sleeps is a sequel to the leading finance movie of the same name, Wall Street

Trader is a documentary that covers the 1987 stock market crash that ultimately took nearly 23% of its value from investors. The single largest one-day percentage decline in history at that point, it follows the journey of stock market prognosticator Paul Tudor Jones, who predicted the crash.

Inside Job was released in 2010 and is a critically acclaimed film from Academy Award-nominated filmmaker Charles Ferguson. It depicts the economic crisis of 2008 and the role that Wall Street plays in just about every facet of modern-day society.

The lineup of characters for this film is villainously charming, including politicians, bankers, credit rating agencies, and more.

You’ve heard of Warren Buffett – but do you really know how he made his money?

The biggest one? Invest – don’t speculate. And if you’re speculating about whether this is one of those stock market documentaries that is actually going to be worth your time, then trust us – it’s worth the investment of your time.

Margin Call is a movie starring Demi Moore, Kevin Spacey, and Paul Bettany that follows 24 hours in the life of a Wall Street firm just about to fail. It covers the reckless risk-taking that occurred in the months and years leading up to the 2008 financial crisis – as well as the fallout.

Margin Call is one of those movies about the financial markets that you will rewatch over and over again.

The Hudsucker Proxy is a film that was produced, co-written, and directed by the Cohen brothers, the dynamic duo who brought you The Big Lebowski, Fargo, and No Country for Old Men. You’ll love the way this film chronicles the fast-talking, wheeling-and-dealing business world of Manhattan in the 1950s!

11. The Wolf of Wall Street

The Wolf of Wall Street came out in 2013 – and if you haven’t seen it yet, you’re missing out.

It features some of the best performances of Jonah Hill and Leonardo DiCaprio’s careers, covering the rise and subsequent fall of the notorious stock scammer Jordan Belfort. It is based on real-life events (with a fair share of dramatics thrown in for the silver screen).

12. The Pursuit of Happiness

The Pursuit of Happiness is another feel-good finance movie that you should add to your watch list. It stars Will Smith as an aspiring investment banker with a lot of talent – and a lot of bad luck.

The Big Short was released in 2015 and is based on the nonfiction book The Big Short: Inside the Doomsday Machine by Michael Lewis.

It follows a group of savvy traders as they become aware of the housing bubble that ultimately triggered the financial crisis of 2007 and 2008. It’s a clever movie that uses tongue-in-cheek explanations of sophisticated financial concepts.

A 2016 American documentary, Betting on Zero is a documentary that investigates the Herbalife pyramid scheme.

What’s interesting about this movie is that Herbalife is still around and thriving. So is Herbalife a scam – or is this movie a deception in its own right? We’ll let you make your own judgment after watching the film.

Bitcoin is arguably one of the most disruptive inventions since the Internet and it has created an ideological battle between mainstream capitalists and fringe utopists. This documentary covers the many ways that this technology already has – and will continue to – shape our lives and the way we deal with money.

A 2017 documentary produced by Magnolia Pictures, The China Hustle uncovers systematic securities fraud carried out by Chinese companies listed on the US stock market. It looks particularly in detail at the collusion that occurred in 2008 to 2016 between investment firms like Roth Capital Partners and various small companies out of China.

17. Barbarians at the Gate

This 1993 movie has been forgotten by many – after all, it was a 1993 made-for-TV movie that covered the leveraged buyout of RJR Nabisco.

There are plenty of creative liberties taken in this film, but you’ll watch in amusement at the blunders and greed of Nabicsoc’s CEO F. Ross Johnson.

Directed by Meera Menon, Equity is a film that is a financial thriller that will leave you on the edge of your seat. It depicts the struggle of Naomi Bishop, an aspiring investment banker, as she works to get to the top. She’s watched by a prosecutor who believes she is corrupt – all while she is attempting to untangle a web of corruption around her.

Written by Andrew Ross Sorkin, Too Big To Fail is a film that depicts how corporations – particularly financial ones! – are so large and interconnected that, if they fail, they’ll be disastrous to the entire economy. We saw this all too clearly in real life in the 2008 financial crisis – and this film helps to bring that crisis, among others, to light.

In the Ascent of Money, you’ll learn why our modern economy is structured the way that it is. It’s a thorough documentary that covers everything from the history of money to the basics of credit. A six-part, made-for-television specials, it’s educational yet still riveting to watch.

You’d have to be living under a rock to not have heard of Bernie Madoff and his infamous Ponzi scheme that robbed $18 billion from unsuspecting clients. This documentary, written and directed by Jeff Prosserman, is based on the story No One Would Listen by Harry Markopolos.

22. Enron – the Smartest Guys in the Room

Another documentary to add to your watch list is Enron – the Smartest Guys in the Room. This movie covers the Enron case in detail in an effort to learn from our mistakes in detecting early warning signs. You can find this documentary on both Vimeo and Amazon Prime.

Other Stock Market Films to Watch

Still looking for movies to add to your watch list? Some other top picks include Quicksilver, Rogue Trader, and Arbitrage – but the list goes on and on.

Trust us, some of these stock market movies you’ll want to watch again and again, so grab the popcorn and get a move on! It’s time to settle in for some quality time with your television. How To Sell Jewelry Online Mint Review – Can This App Really Help Manage Your Money? 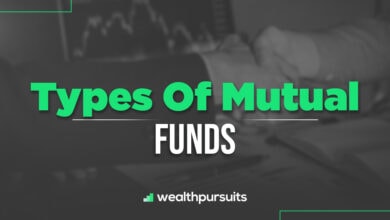