In 1970, my parents purchased a brand-new RCA Console TV with a record player (that’s an old music device, kids). The cost was $500, which is equivalent to $3300 in today’s economy. They saved their pennies and had no plans to “trade up” in a few years. That TV was an investment, one that served them well for the next two decades. Imagine that for a moment.

You can still buy a TV today for $500, but that’s not nearly the sacrifice it was fifty years ago. Folks aren’t looking at a long-term solution for the 5 ½ hours of TV and video they watch every day. They just want the best picture and the most updated model.

When new tech comes out, they run to Best Buy. Is that the right move? Maybe not. Let’s talk about the best time for buying a TV.

The Best Months to Buy a New TV

This will come as no surprise. The best time of year to buy a new TV is in November, particularly on Black Friday or Cyber Monday. The rest of the holiday season isn’t bad, either. You can find good TV deals in December.

Better bargains materialize in January for those looking to change their TV before the Super Bowl. Of course, you’ll get the best prices during these months, but there’s a lot more to think about.

Here are a few tips:

Expect to pay between $500 and $900 for a 55″ 4K HDTV. You’ll see 8K models on the floor listing at over $2000. Don’t waste your money. Japan is the only place you can actually find 8K content right now. Those 8K TVs will sell for under a thousand dollars when the content catches up to the delivery technology. Most experts say that could be several years away.

HDR stands for “high dynamic range.” It’s essentially a step up from Ultra HD. Standard LCD TVs currently show a range of colors limited by a standard resolution rate called Rec 709. It was established in 1990, and today, some of the best TVs have HDR.

So, when buying a new TV, check to see if it has HDR features. Some TV models from LG, Sony, Panasonic, and Phillips have 4K HDR.

HDMI ports are the mechanism by which uncompressed, high-speed digital audio and video are fed from one device to another. You’ll need at least one HDMI port for your cable or satellite box.

If you run a gaming system, you’ll need another. Connect a mobile, laptop, or tablet to stream video? Add one more. You can see why you need at least four on your new TV.

When and Where to Find the Best Deals on a TV

What happens if your old TV stops working in March? Do you have to wait until November to get a new one for a decent price? I think not.

Perhaps you forgot. Americans watch 5 ½ hours of TV every day. No one is going six months without it. You’ll have to start shopping right away and hunt to get the best deal. Have no fear. Lower prices can be found year-round.

Start with Amazon. They typically have the lowest prices and you can have a new Smart TV delivered in a day or two. Don’t be too hasty though. Before you hit the “Buy with One Click” button, check with Best Buy. They have a price matching policy in place, and you could get the same model in stock today. Walmart offers a similar program.

Don’t be afraid to buy something slightly older. Electronics are always more expensive when they first come out. If you’re in a bind, you can get something decent for under $500. For example, Best Buy has a 43″ Toshiba Class C350 LED 4K UHD Smart Fire TV on sale for $279.99.

The Worst Months to Buy a TV

June and July are the worst months to buy a TV. New models come out in January. So, the early months of the year are the best times to find deals on previous year models.

The shelves are clear by the end of Spring, and only new TVs are left. Of course, you can buy one of those, but you’ll pay more and, as we’ve stated above, the new model might not be ready for prime time.

September is okay because it’s back-to-school season, and electronics retailers will usually run decent sales. You’re better off waiting until Black Friday at that point, though. Prices on newer and older TVs will both be lower. Keep in mind new models will come out in January again, so it’s previous year’s models that go on sale on Black Friday.

The best and worst months of the year to buy a TV in a retail electronics store become irrelevant when you shop online. Amazon runs sales all the time. Older models can be found on eBay for far less than what you’ll pay at a brick-and-mortar location. You can also buy used and refurbished TVs at Wish and Mercari. These are just a few of the options available.

What Type of TV Should You Buy?

HDR-compatible TVs are ripe to buy right now. Unfortunately, 8K TVs aren’t quite in season yet. As for size, go as large as you like. Just make sure you measure the TV room before you go shopping. The showroom at the store is much larger than any room in your house. That 85″ flat screen looks great there, but you’ll have to move out the couch to fit it in your place.

For the best picture, try to find an OLED/LCD TV that’s both UHD and 4K. OLEDs don’t employ backlights, so black images come through without the lighter tints you see in older TVs. QLED TVs don’t give you that same picture quality. Consumer Reports has given OLED TVs from LG and Sony the highest ratings in recent years. Samsung also produces OLED TVs.

Don’t get locked into just the well-known electronics brands. Newer manufacturers are coming out with quality electronics, and many of them are expected to make a splash this year. For example, Walmart’s Onn TV received good reviews. In addition, different known and upcoming TV brands are expected to release new models in 2022, like TCL TV.

Now you know the best time to buy a TV, where to buy one, and what type of TV you should get. Use this guide and get the best value for your money! 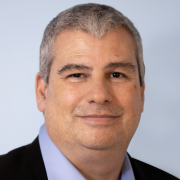 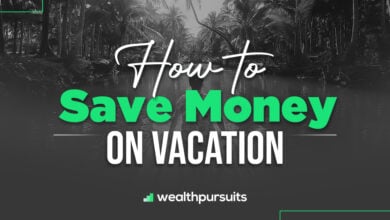 How To Save Money On Vacation – A Complete Guide Best Time To Buy A Car The Best Time to Buy An iPhone How To Save Money On Utilities – A Complete Guide 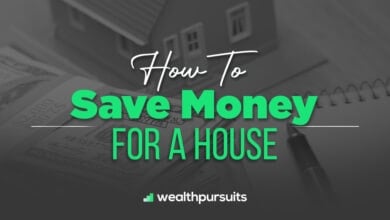