How Much Should You Spend On A Wedding Gift?

So you just received a wedding invitation from a cousin you haven’t seen in almost ten years.  You know the rest of your family will go, and that means you probably will too.  But what to get her for a gift?  You probably aren’t as close to her as you might be to your best friend who is also getting married later this year.  But does that mean they should each get wedding gifts of different values?

In this post, let’s explore how much should you spend on a wedding gift without feeling cheap or creating too much drama.

How Much Is The Average Wedding Gift?

If you were to take a quick look around the web, you’d find that approximately $100 is the current going rate for a wedding gift.  Here are a few specific examples:

Almost every site unanimously agreed that it might be in bad taste to spend less than $50 on a gift.

If you think that $100 sounds too much and you’re about to blame it on the rising cost “per plate” that most wedding receptions charge, you might want to hold on for a second …

The “Per Plate” Tradition DeBunked

It’s been a long-standing rule of thumb that when it comes to wedding gifts, you simply take the amount of money that the happy couple shelled out to feed you at their reception and then give them an equivalent amount as a gift.

Seriously, the “per plate” rule used to have some validity back when weddings were modest and reasonably priced.  But the times have changed, and the wedding industry has completely distorted the cost of nearly every purchase you’re going to make in the wedding process.  And so, unfortunately, this concept of “making your money back” through the wedding gifts is completely outdated.

Take this example from Buzzfeed.  A couple spending $2,000 on their wedding back in 1974 would be more like $10,000 in today’s dollars if you simply accounted for the average increase due to inflation.  But that’s part of the problem.  The wedding industry has escalated the cost of nearly everything way above and beyond what it used to (or should) cost.  As the author concluded, the REAL cost of a similar wedding in today’s dollars would actually be more like $47,286!

What does that work out to per person?

How You Should Decide Your Wedding Gift Budget

Ultimately, the amount of money you’re going to spend on a wedding gift will come down to just two main questions:

1-How Close Are You To The Couple?

How well do you know the couple getting married?  If they are your close friends, relatives, or a coworker that you truly enjoy being around, then feel free to be as generous as you want.  However, if you feel as though you’re attending the wedding moreso out of obligation and you’re not really close to the person, then no one will blame you if you tread in the lower end of the budget.

2- What Are You Comfortable With Spending?

Ultimately, you have to answer to your own conscious.  If you feel like you’re being too cheap giving just $50, then go up.  If you think $100 is completely outrageous, then lower it.  There’s really no wrong answer.

In addition to simply deciding how much you’d like to spend on the wedding gift, there are a few other points that you may want to take into consideration:

Do I Give A Gift Or Cash?

If you feel funny about giving a gift of money (cash or check) or that it will somehow not look as good as buying something off the registry, don’t worry.  There’s nothing wrong with this and it doesn’t look cheap.

In fact, a lot of younger couples welcome the idea because it might help them save for a down payment on a house or pay off student loans.  Some even set up special online accounts where the guests can digitally transfer their gifts of money.

By the way, if you do plan on getting something that’s not on the registry, be sure it’s a gift that you 100% know they will love.

What If I Already Gave A Shower Gift?

Even if you already gave a shower gift, yes, you should give another one at the wedding too.

To keep things from getting out of hand, some experts recommend using something called the 60-20-20 rule.   This breaks up the total amount of money you’d like to spend into the following portions:

For example: If your total budget was $150, then you might spend approximately $30 on the engagement gift, $30 on the shower gift, and $90 on the wedding gift.

What If I Bring A Plus-One?

If you bring a guest with you, then socially you’re supposed to increase your gift budget.  Again, this one is rooted back in the old “per-plate” rule.  Under this way of thinking, the couple had to pay extra to feed your extra guest.

If you had to fly, get a hotel, or even stay at a resort to attend a wedding, then it’s perfectly acceptable to consider that when you’re figuring out the wedding gift budget.  The couple will be understanding in knowing that you paid quite a bit out of pocket to make it to their special day, and so they should be fine with you spending a little less.

What If You Can’t Attend?

If you’re family or relatively close to the couple but you can’t make the wedding, then you should probably still send a gift to show your appreciation.  However, it’s generally socially acceptable to spend a little less than you normally would if you want to.  This one is also tied to the old “per-plate” rule, but works in your benefit since now the couple didn’t have to pay to feed you and a guest.

How Much Should You Spend On A Wedding Gift: Final Thoughts

A wedding is a special time in a couple’s life, and now you know how much to spend on a wedding gift to celebrate them! Use this guide and find a wedding gift that’s the right amount and perfect for the happy couple.

Is all this talk of weddings getting you in the mood to propose to your significant other? If so, you may enjoy our article on how much you should spend on a wedding ring. 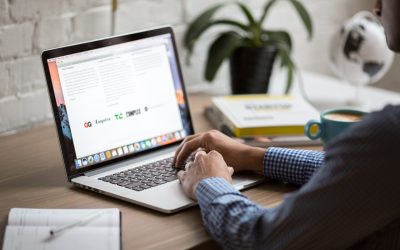