These days, most people are looking for side hustles to earn some extra income. While getting a side job is definitely an option, another (easier) option is to find reward programs for shopping and other activities that you are already doing. Credit cards with cash back programs are a good example of these reward programs. However, there are also some great reward apps as well.

But, like all apps, not all reward apps are created equally. The important thing to look for is how much time and effort you have to put in to get these rewards. There’s not much point in signing up for a reward program that only pays you pennies for hours of effort or thousands of dollars of shopping.

Ibotta is probably the most popular rewards app hands down – it has over 450,000 reviews in Google Play and 830,000 in the Apple Store, and the company claims to have had 35 million users since its launch in 2012. Ibotta has a fairly robust marketing program too, so even if you don’t have it already you likely have heard of it somewhere.

Ibotta is fairly straightforward – it rewards you with cash for making purchases at their partner companies. The rewards are usually for specific items, but sometimes you can get rewarded just for shopping at partner stores no matter what you buy. To get rewarded, you first add the reward offer to your account by selecting it from the list of offers. Then you scan your receipt showing that you bought the item listed in the offer.

Most rewards are for $0.25 or $0.50, but that’s not bad for items which you were likely to purchase anyway. There are also plenty of partner stores – Ibotta claims it partners with over 300 retail chains with more than 500,000 locations. You can find the full list of their partner companies on their website. With so many opportunities for rewards, Ibotta has paid out over $600 million to its users!

Unlike most reward apps, Shopkick does not require you to shop through their portal or scan your receipts. Instead, you link your credit and debit cards to the app and then just continue shopping as you would anyway. No other action is needed from you – the app automatically goes through your card purchases and gives you rewards for shopping with their partner companies. This is a major advantage over many reward apps because it means you can earn rewards passively and without having to change your shopping behavior. In addition, it means that you will always get rewarded for your purchases – you don’t risk losing out on a reward just because you forgot to scan your receipt.

In addition to linking your cards, you can also get rewards by walking into stores, scanning items (no purchase required) or scanning receipts for purchases from unlinked cards. So, you have plenty of options for getting rewarded with Shopkick.

These rewards, called ‘kicks’, can be redeemed for gift cards with major stores like Amazon and Starbucks. The app also has a minimum payout of only $2, which is much lower than most reward apps. This $2 payout is equal to 500 kicks, so each kick is worth $0.004. How long it takes you to build up points will vary depending on the activities you complete, but by linking your most used card you can reasonably expect to reach this level fairly quickly.

Customers seem happy with these rewards: the app has 4.4 stars in the Google Play store and 4.7 stars in the Apple Store. Some customers have had issues with being locked out of their accounts for unclear reasons, but many customers actively said they were able to earn rewards quicker than other apps by linking their cards. So, overall, this app does seem to be a good way to earn rewards without having to put in any major effort.

Drop is very similar to Shopkick – it’s a rewards app that rewards you for shopping at partner retailers. After creating an account on the app, you link your credit or debit cards so that they app can see when you spend at partner retailers and give you rewards (in the form of Drop points) for these purchases. However, Drop limits you to selecting a few retailers that will reward you every time you shop, so in that way it is a lot more limited that other apps like Shopkick. Also, once you choose these retailers you cannot change them later, so make sure to choose carefully.

Another downside of Drop is that they tend to reward you less than Shopkick. Each Drop point is worth only $0.001, while Shopkick points are worth four times as much. In addition, each retailer has a different rate of Drop points per dollar, so you have to check that you are getting enough rewards to make the shopping trip worth it to you.

Drop reviews are somewhat mixed, with the app having 4.7 stars in the Apple Store but only 3.4 stars in the Google Play store. The main complaint seems to be some technical issues, as well as the fact that the app’s reward rates have come down since it first launched a few years ago.

Overall, Drop is still a good reward app since you don’t have to put active effort into earning the rewards.

Seated is a restaurant/eating out rewards app. The app gives you rewards for dining at certain restaurants that you book through the app. What makes Seated stand out is that you can earn back a significant portion of your dining costs back in rewards. For example, by spending $60 at some restaurants with a party of at least 2 people you could earn a $30 git card. So, you can effectively cut your restaurant bill in half!

The app rewards you get are based on how much you spend at each restaurant, and there is a minimum spend to get rewarded. You can get more rewards by having more people in your reservation, but this will also mean you have a higher minimum spend. For example, with 2 people your minimum spend might be $60, but with 4 people it becomes $120 (but the reward also goes up to $40).

To get started on the app, you need to sign up with your phone number or your Facebook. Then, you have to link a credit card to the account. The app will use this card to make sure you spend the minimum required amount to get your rewards. Once you are set up, you just need to book restaurant reservations through the app. After eating their and spending the minimum requirement, the reward will be in your account in about two days. Pretty easy!

Currently, this app is only available in a few major cities: New York, Chicago, Atlanta, Philadelphia, and Boston. But the company says it’s working to add more cities soon.

This app sounds great, and certainly has some people very excited (even The Points Guy wrote a positive review a few years ago). However, their Android app seems to have some issues – it only has 2.9 stars in the Google Pay Store. The main issues seem to be technical, so it looks like they are still working out how to manage the app. The iOS app doesn’t seem to have any such issues, as it has 4.7 stars. So, this app might be better for iPhone users for now.

Despite their Android challenges and their limited reach, this app is still a great way for people to get rewarded for eating out!

Focus On The High Rewards Apps

As we said at the start of this article, not all rewards apps are created equal. Each app requires different actions and time commitments, and so different people should use different apps. The main focus should still be to make sure you are getting enough bang for your buck – don’t waste your time on low reward apps. While you’re not trying to get rich, you should make sure to get enough rewards to make it worth your time. Now you know some top rewards apps, go and get started! How To Make Money With Airbnb – The Complete Guide 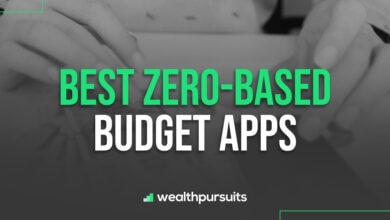 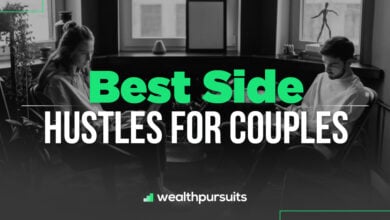 Best Side Hustles for Couples – 8 Top Ways to Make Money Side Hustles for Teachers