Making money playing video games sounds like a dream job to many people – after all, it seems so easy. And as crazy as it may seem, there are actually many people who make their living by playing video games. In fact, some people not only make a living – they make a fortune. One of the most popular video game streamers in the world, Tyler ‘Ninja’ Blevins reportedly earned over $500,000 a month from just video game streaming – not including his sponsorships with major companies like Samsung and Adidas.

But, how to you actually make money with video games? Well, there are actually many different ways, from streaming to video game testing and even becoming a professional gamer.

Probably the most famous, and certainly one of the most profitable, ways to make money playing video games is to create videos of yourself playing games and upload them online. If you choose this route, there are many options available to you.

Once you become a YouTube Partner, you need to focus on building up a large number of watchers and subscribers. With a large watcher base, you then have several options for making money from your video game content. These options include:

With so many ways to make money from your video game content on YouTube, it’s easy to see why YouTube is such a popular choice for people to upload their videos.

Twitch is another major player in the video streaming world, but Twitch is much more focused on Video Games than platforms like YouTube. In fact, Twitch is probably the most famous platforms for video game streamers on the internet (Tyler ‘Ninja’ Blevins became famous playing video games on Twitch).

Similar to YouTube, to make money on Twitch you first need to get a status with the company. Twitch has two levels of status: Affiliate and Partner. The main difference between the two levels is how many monetization tools you have, and how efficient these tools are for you. Partner is the higher status level and allows you to make more money.

To become a Twitch Affiliate, you need: 500 minutes of videos in the last 30 days, 7 unique days of streaming, an average of 3 concurrent viewers over the last 3 days, and at least 50 followers.

Becoming a Twitch Partner is a lot more complex than becoming an Affiliate. In fact, there is no clear set of requirements to become a partner. To become a Partner, you have to apply to the program. Just to be able to apply, you first have to complete the Path to Partner Achievements. But Twitch says this is only the minimum requirements to apply, and it does not guarantee Partnership. Twitch looks for the overall quality of your video game streaming to decide if you can become a Partner.

Mixer is another of the major video streaming platforms. Like Twitch, Mixer mainly focuses on video game streaming, so it’s a great platform if you are wanting to make money through video games.

Like Twitch and YouTube, Mixer also has a Partner level for its streamers. Like Twitch, you have to apply to be a Mixer Partner. According to Mixer, there are two parts to the application: the metrics of your streams and the quality of your streams. For metrics, you must have: an account that is at least 2 months old, at least 2,000 followers, stream at least 12 days a month and stream at least 25 hours a month. If you meet these requirements, then your application depends on the quality of your videos.

If you can become a Partner on Mixer, then you have several options for making money, including: Advertisements, Sponsorships, Donations/Tips, and ‘Skills’ – ‘skills’ are items watchers can use on your channel, and if enough are used on your channel they can be converted to cash for you.

Facebook is somewhat new to the video game streaming arena, only starting their platforms in January 2018. They still seem to be much smaller than the dominant players like Twitch, but some gamers have said they can make more money on Facebook than any of the other platforms.

Facebook has two levels of status for video game streamers: Level Up and Partner. It is important to note that both of these statuses require an application process.

The Level Up status requires you to stream for at least four hours on two separate days over a 14-day period, have at least 100 followers, and have an account that has been active for at least 30 days. While this may seem easy, you then still need Facebook to select you among the many, many streamers who have met these minimum requirements. Facebook has said there is ‘a long queue’ for the Level Up program, but the exactly how long it might take you to get Level Up status is uncertain. You can learn more about the Level Up program on Facebook’s website.

Once you make it to the Level Up status, you can earn money from streaming video games by having watchers pay to subscribe to your channel, or having watchers give you ‘stars’ that are worth a penny each.

If you make it to Level Up status, then you can set your sights on Partner status. This will be even harder, and again it is not certain exactly what you need to do to get this status. But, if you do make it to Partner, you certainly get a lot of benefits for it. You get reliable financial support from Facebook, and even get a manager to help you manage your channel. However, you also have to agree to requirements like a minimum streaming quota. So, becoming a Partner on Facebook is somewhat like getting a formal ‘job’ of streaming video games.

While Facebook is still relatively new to the video game streaming world, several top gamers have said they are able to make more money on Facebook’s platform than even top platforms like Twitch.

A final option for making money from your video game streaming is sponsorships. These actually happen outside the streaming platform itself and are based on major companies wanting to pay you for use of your ‘brand’ as a video game streamer. Sponsorships are something you will get once you have truly created a brand for yourself so that companies want to be associated with you.

Regardless of what platform you choose to you – whether YouTube, Twitch, Facebook, or any other site – what will really let you start making money by playing your favorite video games is building a large following. This means you need to upload a lot of videos, and constantly engage with your audience. So, you should not only upload videos on your chosen platform, you should also actively engage people on other social media like Twitter and Instagram. Doing so will help you to create your own ‘brand’ and get more and more watchers for your videos, meaning you will make more and more money. A large following will also mean you will get more and larger offers for sponsorships from a wider variety of companies.

If streaming video games is not interesting to you, you can also look into a career in video game testing. This means you will work for video game development companies and test their games before they launch to the general public. Your goal is to find any issues or bugs in the game, and to make recommendations for general improvements.

This is a fairly ‘traditional’ job in that you get paid based on hours works and completing your tasks for the company. So, it’s significantly more reliable income than streaming video games and trying to build up a following. According to ZipRecruiter, video game testers make about $65,000 a year, so you can certainly have a good standard of living with this job.

A final option for anyone wanting to make money playing video games is to become a professional gamer. While this may seem unusual, it has actually become more and more popular in the last few years, especially in Asian countries like South Korea. eSports, as the field is known, is now a multi-billion-dollar industry, and some top players make millions of dollars a year.

It is very important to note, however, that becoming a professional eSports player is very, very unlikely. There are only a handful across the world, and many have been professionally trained for years before becoming successful. So, if this is a path you choose to take, you need to be realistic about your level of skill and chances of success. Unlike with streaming videos that people enjoy watching, to be a professional video game player you will actually need to win a lot more than you lose.

How Much Money Can You Really Make Playing Video Games?

How much money you make playing video games varies hugely from person to person, and from how you choose to try and pursue your interest. If you are just trying to make some extra money on the side, then your best option is probably to start streaming on one of the major platforms mentioned above. However, before you try to turn this into a full-time job, you first need to understand that it won’t be easy. The most successful video game streamers put many, many hours into their streaming to build and maintain their following. Making money from video games may sound fun, but it can be real work if you want to make a living out of it. 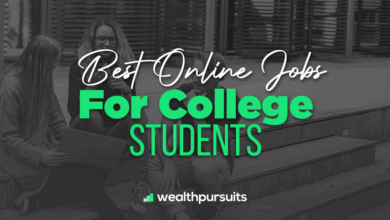 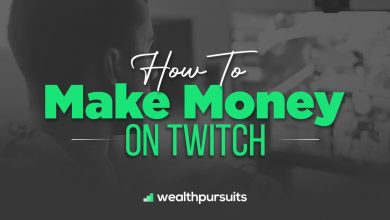 How To Make Money On Twitch – A Complete Guide Side Hustles for Nurses 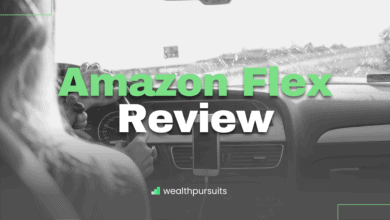 Amazon Flex Review – Is This The Right Job For You? Side Jobs for Single Moms