It’s no secret that Steam takes in tons of money from gamers every year. I should know; I’m one of them! But far fewer people know that you can play games and make money on Steam simultaneously. Even better, it usually takes no more effort than playing your favorite games like you already do.

Why Make Money on Steam, Anyway?

In a nutshell, Steam is a video game digital distribution platform launched in 2003. While it was designed for the parent company, Valve, to distribute updates to their games, it quickly broadened its horizons to become a videogame marketplace and distribution hub similar to Xbox Live. These days, it allows people to play together, create accounts, and more.

Because of its design, you can make money on Steam either through passively playing games and reaping digital benefits or by building your own game and selling it on the platform. Of course, passive income is one of the best ways to boost your spending cash. But, of course, if you’re already going to be spending plenty of time on Steam playing your favorite games, you might as well be making some money while you do it, right?

Passive income is one of the best ways to utilize the internet and the marketplace built into Steam’s interface.

Making Money as a Steam Developer

The first and most time-intensive way to make money on Steam is to be a game developer yourself and publish games using the Steam platform. Steam lets any licensed user distribute their original PC game via Steam Direct – think of this as their publishing platform.

If you make a game and it becomes successful, you can make tons of money online. One of the best examples I can think of is Stardew Valley, and in the game that was created and finalized by Eric Barone. Talk about talent! He published the game on Steam and became a millionaire. Keep in mind, of course, that this took several years of hard-core work and lots of dedication.

That’s the trade-off. Building your own game, debugging it, and marketing it so that people will even see it on the Steam listings is a tremendous investment of your own time and energy. Unfortunately, it’s also an investment in money in most cases! Chances are, you won’t be able to build your own game by yourself and will need to hire artists or coders.

Even if you finish your game, Steam will take 30% of the selling price as commission. They’ll also take a $100 deposit to list your game on their Steam market platform.

So, in summary: game developers can build their game and potentially make it rich, but it’s much more active than the passive income streams I’ll talk about below.

Making Money as a Gamer on Steam/Passive Income

Building your own game from scratch sounds tiring, but there are other methods of making money on Steam other than game sales.

Before we get started, let’s explain the Steam Wallet. Without getting too technical, this is a digital wallet, kind of like your PayPal wallet that enables you to add funds directly to your Steam account. You can buy games with the funds there instead of using your debit or credit card. You can also sometimes use the Wallet to make in-game purchases.

Steam games use “trading cards” that are virtual variations of real-world things (think baseball cards). These have unique artwork, usually made by the game creator, and are handed out by playing a game, performing specific tasks, or are sometimes awarded randomly.

The value of each card differs, with more common cards costing only a few cents. Of course, this naturally makes much rarer cards more expensive. But, as with anything rare, members of the Steam community are willing to pay more money.

You can take a look at any of the Steam trading cards you have in your profile, then start buying and selling them like you would with a regular deck of cards. It’s a good idea to buy cards for low at first, monitor the Steam community market, and sell them when they become more valuable.

Some of the most valuable cards are ones you can only achieve for doing challenging in-game activities, but others are just rare because of a low drop rate. Either way, you can make extra money by earning cards playing your favorite games, then selling them afterward.

Foil cards are perfect things to look out for. These are some of the most valuable game cards in the Steam marketplace, so they naturally drive the highest prices. Keep an eye on marketplace charts and see if you have any foil cards in your Wallet before selling them.

Steam also awards various in-game items straight into your Steam wallet. These are like digital trading cards but are represented by different icons like chests, keys, or other trinkets related to the game in which you earned them.

Like with the cards, you can sell these items and convert the currency into real cash that goes into your Steam wallet funds.

It’s a particularly good idea to hold onto any pre-release items you might have from a game you purchased on launch. If you still have these, you can potentially sell them for a really high price. People will go crazy for original game items that aren’t available anymore, especially if they weren’t around to take advantage.

Some games, like CS: GO and PUBG, provide the player with crates that contain cosmetics. These can be extremely valuable on the marketplace, so consider selling your crates if you don’t particularly care about skins for your characters in these games. It can be incredibly lucrative if you play these games all the time, as the drop rates aren’t too bad.

The last way to earn money on Steam is to do small tasks for third-party websites like GrabPoints, PrizeRebel, and ebonus.gg. These sites work with market research companies and will have you do tasks like answering surveys or watching videos in exchange for free steam wallet codes. Once you earn free Steam codes, you can translate them into real money for your Wallet or sell them to someone else.

Sometimes, independent game developers drop exclusive pre-order items on the Steam store. So, if you get a hint, especially for new games, try to utilize them. Also, ensure that the pre-release items are marketable.

You can also make money on this platform by distributing original games on Steam Direct. It allows you to get paid depending on the revenue you generate when you sell games; this includes in-game purchases.

Unlike Steam market auctions, distributing games on Steam Direct requires investing a few dollars. First, you have to develop games and then pay $100 to have them added to the platform. After successfully adding your creation, you can start earning and eventually transfer the Steam money to your bank account.

So, Can You Make Money on Steam?

Ultimately, earning money through Steam is an excellent strategy if you spend a lot of time playing games online. While it’s unlikely that most of the above strategies will make anybody particularly rich, there’s nothing wrong with getting a little extra money while you’re having fun.

If Steam has piqued your interest, you may also enjoy our article on how to make money playing video games. So start making money while you have fun! Apps That Pay You Money 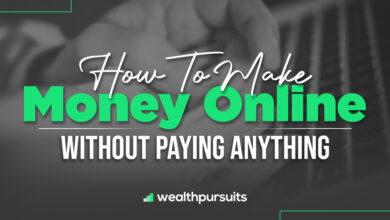 How To Make Money Online Without Paying Anything

How Much Can You Make With Airbnb – Our Case Study Postmates Review – Is Delivering The Side Hustle For You?